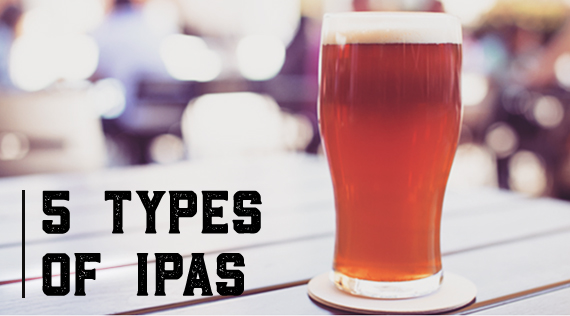 If there was ever a beer style that could be considered a staple of the craft beer movement, it would have to be the India Pale Ale (IPA). And, while IPAs may have originated across the pond, it’s the American interpretation of the style that dominates the market today. It’s been that way since at least 2002, when “American-Style IPA” first became the most-entered category at the competition of the Great American Beer Festival (GABF).

Back then, only the English and American varieties of IPA were recognized by the competition. Over the years, though, the propensity of craft brewers to experiment has led to all manner of innovative offshoots. The Imperial or Double IPA category debuted at GABF in 2003, followed later by the addition of Session IPA as a category in 2015. The story doesn’t end there, however, as brewers continue to push the envelope in an effort to create fresh new takes on craft beer’s most popular style.

Five such variations are outlined below, though it should be noted that this list doesn’t account for barrel-aged beers, IPAs of the fresh or wet hop variety, or other types that brewers from around the world may come up with now or in the future. For instance, a little over two years ago a brewery in Wisconsin brewed an IPA with squid ink. Reading that, it’s clear there’s no limit to the creativity of modern craft brewers, but it does make you wonder…just what’ll they think of next?

English-style IPAs are more restrained in terms of hop character when compared to the American take on the style. Floral, earthy or grassy elements are more typical in English versions, as are bready, biscuity or caramel-like malt flavors.

On this side of the world, though, domestic breweries tend to brew these beers with a mix of American and English hops, resulting in an IPA that blends tradition with a modern twist. An example is Brooklyn East India Pale Ale, a beer that’s billed as a balanced, drinkable IPA that doesn’t come across as a hop-based blow to the head. 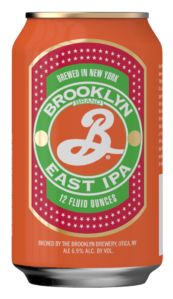 The bell cow of many a brewery, American IPAs are known for having a prominent hop-forward character that extends to the beer’s flavor, aroma and bitterness. Usually, citrus is strong in these beers, with varying levels of pine, resin or floral components being present as well.

Given the popularity, finding one isn’t difficult, but Victory HopDevil is worth a look if you seek an American IPA that’s a cut above. The brewery calls it “bold, spicy and Menacingly Delicious™,” which is a fitting description for a beer that’s devilishly good. 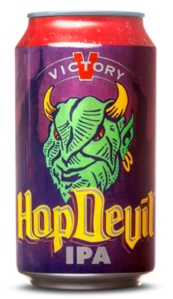 At the same time, no two IPAs are alike, which has led to categories like West Coast IPA and New England IPA developing out of distinctive regional approaches.

West Coast IPA: In general, IPAs that originate out west are drier with more bitterness. That’s because these beers rely less on malt and yeast character, instead placing the focus almost entirely on the hops.

New England IPA: Another regional splinter group can be identified in IPA fermentations coming out of the northeast. New England IPAs are cloudy, with bright tropical fruit notes, a fuller body and minimal bitterness. The hazy presentation leads some to say these beers look like juice, which coupled with the vibrant flavors and a soft mouthfeel has resulted in the term “juicy” becoming synonymous with New England IPAs.

Lighter-bodied and less intense than a standard IPA, some would argue that calling a beer a session IPA is just another way to refer to a basic pale ale. Either way, a hop-forward fingerprint is what makes it an IPA, but it’s the combination of low gravity and reduced strength (ABV < 5.0%) that brings about the session beer specification.

Oskar Blues Brewery markets its entry in this category as a “Throwback IPA” because, obviously, it’s a beer that’s easy to throw back. And with an ABV of just 4.9%, Oskar Blues Pinner is the epitome of a Session IPA. It’s also the lowest ABV year-round beer the brewery produces, both in Colorado and at its newly-opened facility in Austin, Texas. 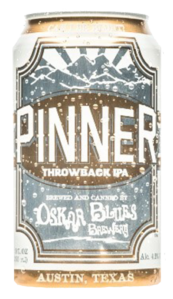 Whereas session IPAs might be seen in a less is more kind of light, more is more is what it’s all about in an Imperial or Double IPA. Simply put, an Imperial or Double IPA takes the hop intensity of a “single” IPA and kicks it up a notch. Hop levels are extreme in these beers, which are also of greater strength, with ABVs sometimes reaching over 10%.

One product leading the pack in this respect is The Maharaja from Avery Brewing. The beer gets its name from Sanskrit words meaning “great” and “king,” so it’s only natural to expect an Imperial IPA of this pedigree to offer a taste experience that’s described as “regal, intense and mighty.” 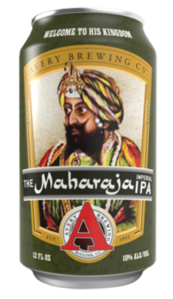 Not a style in and of itself, Specialty IPA is a catch-all category encompassing IPA types not falling under the umbrella of styles mentioned above. The primary stipulations are that the IPA in question be hop-forward and have aroma and/or flavor characteristics in line with specialty ingredients used in its creation.

Examples include Rye, Coffee and Belgian IPAs (where the yeast is the special ingredient), as well selections from the craft beer color wheel like Black, Brown, Red or White IPAs. Fruit infusions are another fashionable foray, based on the ability to add complimentary fruits in creating Grapefruit, Tangerine and Blood Orange IPAs.

Of course, some Specialty IPAs shake things up by crossing over into other major categories. Take the case of Tree Shaker from Odell Brewing Co. It’s an imperial peach IPA, which means there’s plenty of underlying strength in a beer brewed with 3000 pounds of Colorado peaches. 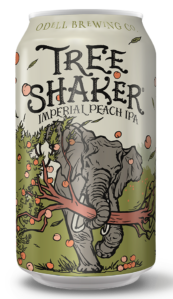 Bring a little of the Wiesn to your backyard. 💛

This brew hits all the right notes. 🎵 @karbachb

Four ingredients, so many possibilities! #Oktober

Get ready to light up your taste buds. 🐉🔥 @b

This brew commands you to have a good time. Prost!

Here's to all the beers that make us pucker. 🍻